Warning: Parameter 2 to wp_hide_post_Public::query_posts_join() expected to be a reference, value given in /home/customer/www/camcheck.co.za/public_html/wp-includes/class-wp-hook.php on line 307
 There’s a sucker born every minute – particularly in the realm of so-called alternative medicine - CAMcheck

Warning: Illegal string offset 'singular_portfolio_taxonomy' in /home/customer/www/camcheck.co.za/public_html/wp-content/themes/canvas/includes/theme-functions.php on line 819
You are here: Home › There’s a sucker born every minute – particularly in the realm of so-called alternative medicine
By Harris on 23 March, 2022 in General

An post from the blog of Prof Edzard Ernst, MD, PhD, FMedSci, FRSB, FRCP, FRCPEd, and a previous Professor of Complementary Medicine.

Originally Published Saturday 22 January 2022
“There’s a sucker born every minute”. This phrase was allegedly coined by P. T. Barnum, an American showman of the mid-19th century pictured below. It describes the tendency of the gullible of us to believe all too readily and therefore to be easily deceived.

Gullibility can be described as a failure of social intelligence in which a person is easily tricked or manipulated into a course of action for which there is no plausible evidence. To express it positively, gullible people are naively trusting and thus fall for nonsensical propositions. This renders them easy prey for exploiters. 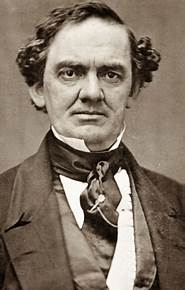 On this blog, we see our fair share of this phenomenon, e.g.:

Let me give you just three well-known examples from the realm of so-called alternative medicine (SCAM).

If I look back on 30 years of research into SCAM, I have to say that it very much looks as though a sucker is indeed born every minute.

A comment from a reader: “Edzard, you quoted only the first part. It went on as: “There is a crook born every hour, to take care of sixty suckers”.”

Another comment points out that the “phrase was coined by P. T. Barnum” is open for debate

Warning: Parameter 2 to wp_hide_post_Public::query_posts_join() expected to be a reference, value given in /home/customer/www/camcheck.co.za/public_html/wp-includes/class-wp-hook.php on line 307