You are here: Home › Herbex Health slated for ‘body shaming’ ad
By Harris on 10 April, 2018 in Herbex

We missed this story in Times Live, written by Nivashni Nair and published on 26 January 2018. 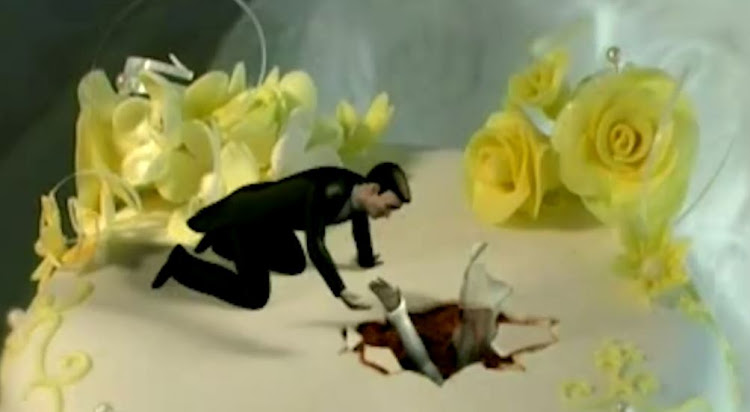 A screenshot from a Herbex advert which has drawn fire for body shaming.
Image: Herbex Health SA via Facebook

The weight loss supplements distributor has drawn the ire of hundreds of social media users for “body shaming” in its new advertisement.

The advert features a cake topper of a bridegroom and an overweight bride with a voice-over of the traditional wedding vows. When it gets to the line “in thin and thick”‚ the cake cracks under the weight of the bride and she falls through. The ad ends with a tagline‚ “Don’t spoil your big day.”

“Why would you make people think that if they are not thin‚ that it will ruin their big day? I am big and my wedding is in five months. Why should I worry about getting thin for my ‘big day’ if my fiancé is loving and marrying me just the way I am?” Lydia Bothma responded to the advert on Facebook.

“It is important to be healthy but it is also very unhealthy to have a low self-image and ads like this does not help.” Others called it “disgusting and offensive” and accused Herbex of sending “a message that women don’t deserve happiness and to feel good about themselves if they are overweight.”

“There is nothing funny about the extremes that women go through not only for their wedding day but on a daily basis to avoid exactly what Herbex has done – body shaming.”

“By all means‚ market your product but don’t hit us where it hurts. Targeting a women’s insecurities and vulnerabilities to try and sell a product is deplorable and disrespectful.”

She said Herbex could delete the advert but “the damage has already been done to so many women.”

But Herbex hasn’t deleted the advert‚ which was posted on Monday‚ or responded directly to angry consumers.

On Thursday the company updated its cover photo with the wording: “#BeYourBest. Herbex recently embarked on an awareness campaign around the issue of weight loss. The objective of the exercise is to gauge public response to marketing messages of different kinds. True to form our consumers have been active and vocal in their responses. Herbex appreciates the honesty and passion and assures our loyal consumers of our continued best service.”

ASA not mandated to comment on ‘complementary medicine’: Herbex
Alpecin “can actually help to reduce hair loss” – Not actually true