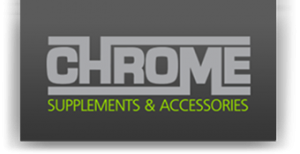 A consumer lodged a complaint against Chrome Shop’s advertising on www.chromeshop.co.za as well as the actual product packaging. The advertising and packaging promotes a product range called “Pharmafreak ” and more particularly, a product called “Anabolic Freak”. It contains, inter alia, claims that the product can boost testosterone levels (not unlike USN’s unsubstantiated claims for similar products). The complainant explained that the studies relied on (with the exception of one) were not done on humans, and can therefore not be used as proof that the product would deliver the same results in humans.

The ASA evaluated the evidence supplied by the advertiser and “the respondent has not submitted any arguments to negate the complaint, and has not provided any alternative interpretation for its claims”.