You are here: Home › Devices

By Harris on 14 September, 2020 in Blue-Light Blocking Glasses
Continue Reading 0

Blue light from our electronics is said to be harmful, and “blue blocking” glasses are touted as a panacea to numerous health issues. Is there any evidence to substantiate these claims?

Like a lot of people, I’ve been spending a lot more time staring at a computer screen lately. I have been working from home since March, and what used to be face-to-face meetings are now Zoom/Teams/GoToMeeting video calls. With videoconferences and related work, I’m easily spending several more hours per week staring at a computer screen. Afternoon headaches became a common occurrence shortly after this started, which I attributed to screen time and poor ergonomics. School for both of my kids has been transformed to an online environment too, with even more hours per day (above the baseline) spent staring at electronic devices. Recently my daughter told me she

Health products, like detox teas and mood-boosting waters, rely on a lack of neuroscientific knowledge to make their claims. Some of these claims are unsubstantiated, while others are completely made up.

My doctoral research investigates visual processing, but when I look at the big picture, I realize that what I’m really studying are fundamental aspects of brain anatomy, connectivity and communication.

One specific function of the visual system that I have studied during my degree is the blue-light detecting molecule, melanopsin. In humans, melanopsin is seemingly restricted to a group of neurons in the eye, which preferentially target a structure in the brain called the suprachiasmatic nucleus — the body’s clock.

This is where the (true) idea that blue light affects our sleep-wake cycle or circadian rhythm originates from. And also why many corrective lens

For the attention of healthcare practitioners & other healthcare stakeholders

SAMED’s ability to enforce the Medical Device Code and contribute to raising the levels of ethics in the South African medical technology sector entered a new era on 15 August 2019. This is when its anonymous whistle-blowing hotline for reporting contraventions of the Medical Device Code of Ethical Marketing and Business Practice became operational.

SAMED has decided to add to its complaint-lodging approach and allow for anonymous complaints – through an independently managed service – in order to overcome concerns that many potential whistle-blowers, including healthcare professionals, have due to fears of damaging relationships with colleagues, suppliers and other industry role-players, or of risking a disciplinary procedure or dismissal.

Known as the Medical Device Code ethics hotline, the mechanism is part of Deloitte’s global service which the company introduced in 1999 and which is ISO certified … Read the rest

(Editor: Beamer, Scio and Quantum SCIO-EPFX devices are included in this category)

Bioresonance is based on the belief that human beings emit electromagnetic waves, which can only be measured by bioresonance devices. Advertisers claim these devices can measure these waves to detect illness in the human body as well as sending ‘rehabilitated bad’ waves to the patient to alleviate illness.

The TGA is currently investigating the scientific credibility relating to the diagnostic and therapeutic use of these devices. The TGA is also working … Read the rest

Since the dawn of medicine, quacks have bamboozled victims with sales pitches that sound profound and cutting-edge, but are nothing more than buzzwords designed to deceive. Recently, I found a new one: quantum testing.

The hand-written blackboard outside the naturopath shop lured would-be customers with probiotics, kombucha, and apple cider vinegar (with mother, which is the mix of fungus and bacteria that cause the fermentation). At the top of the list, however, were the words that attracted my attention: “Quantum Testing”.

Presumably, not all passers-by know that there is no particle accelerator hidden in the back of the shop, or that quantum physics has no connection, whatsoever, to medical diagnosis or therapy. The sign was obviously aimed at that less educated and more gullible market.

It turns out that quantum healing is a thing. A completely bogus charlatan kind of thing, invented … Read the rest

The Health Coach Academy is advertising “Intolerance, Deficiency and Toxicity Testing” claiming to be effective in solving “undetected food or environmental sensitivity and intolerance, a vitamin or mineral deficiency or metal toxicity”.

The website claims that that identification of these are via “intolerance, deficiency & toxicity tests performed via hair analysis using bio-resonance technology“.

Read more on the quackery of bioresonance here

Mary Comerce is the Founder/Director/Health Coach of the company and I am not able to find evidence of medical related training. 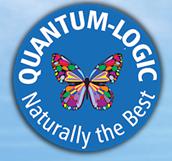 Owner, Chris de Beer “recommends a Dark Field Blood Analysis and Quantum Biofeedback food stress test  as the first sensible step towards a 100% personalised diet, long term eating plan – determining which foods cause positive  or negative reactions for you – and an exercise regime. During the Dark Field Blood Analysis you will see a live drop of your blood magnified by a microscope on a computer screen; watch the activities, condition, and number of red as well as white blood cells; see what your cholesterol situation is; and whether there are parasites lurking in your blood –  the carrier of all nutritional and other matter to every nook and cranny of your body”.

Both these tests are unproven, unsubstantiated, … Read the rest

The Advertising Standards Authority has launched a formal investigation into marketing for a Swedish app that claims to be an effective method of contraception, after reports that women have become pregnant while using it.

An ASA spokesman said it had received three complaints about Natural Cycles and its paid advertising on Facebook, which describes the app as highly accurate contraception that has been clinically tested.

“We would require robust substantiation from any company to support such a claim,” he said.

How much would you pay to improve your brain?

What if you had problems associated with attention, depression, or anxiety—would you pay even more to rewire your brain and overcome your condition?

For a few thousand dollars, many brain-training practitioners claim to provide this service. Using a technique called neurofeedback, they provide individuals with a live feed of their own brain activity. By watching our brain, neurofeedback advocates argue, we can learn to regulate its activity and, in turn, control our behavior. To implement this technique, these practitioners place a few sensors on a participant’s scalp to record electrical brain activity and provide a simple graphic or auditory cue to tell participants when their brain is “performing well.”

On the Ondamed website, the following claims are made:

ONDAMED; Focused Tissue Stimulation And Biofeedback
A Breakthrough Technology for you and your patients

After more than 20 years of research and clinical use in Europe, North America, Asia and Australia , these advanced Class II-a medical technologies are approved in many countries for use by medical healthcare professionals as:Pulsed Electromagnetic Field Therapeutic Medical Devices for Tissue Stimulation with Intended Use for Pain Relief, Soft Tissue Injuries, and Wound Healing.

Does Ondamed devices work? Are they a scam?

I could not find a single study evaluating this device in PubMed (PubMed comprises more than 28 million citations for biomedical literature from MEDLINE, life science journals, and online books. Citations may include links to full-text content from PubMed Central and publisher web sites). So their claim, “more than 20 years of research and clinical use”… Read the rest